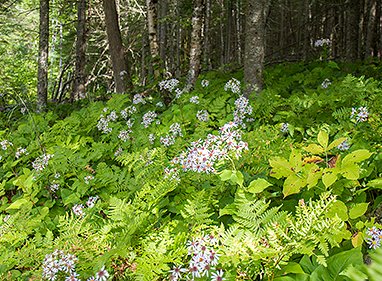 Many foods, especially fruits and vegetables, contain substances that help prevent the formation of cancers, or actively attack existing cancers. This seems to be one of the purposes of food, and is a part of the economy of nature. On the other hand, diets high in trans fat and sugar have been linked to a higher risk of colorectal cancer and other health problems. In the move from animal to vegetable fats, food manufacturers have found it necessary to hydrogenate vegetable oils in order to prevent them from going rancid. However, this process also results in the formation of trans fats, which are therefore present in most processed and fast food. Sugar is added to many foods to stimulate the taste buds, and make us want to eat more of that food.

For cancer prevention, a diet containing high quality fruits and vegetables, and low in processed and junk foods is essential. Ideally, fruit and vegetables should not only be free of herbicides, fungicides and pesticides etc., but should also be grown on soil that has not been depleted of natural minerals and nutrients. A number of experts have pointed out that for cancer treatment rather than prevention, it may be too late for a dietary regime alone to result in a cure. Concentrated extracts should also be considered. However, to maintain or regain health, the importance of a wholefood diet cannot be over-emphasized.
Cancer Treatment Diet… Educate yourself

Thousands of cancer treatments have been successful outside mainstream medicine. These alternatives offer better choices for giving the cancer patient’s body a chance to heal. They include herbs and non-herbs, metabolic and immuno-therapies, non-toxic chemical mixtures, and electromagnetic technologies. Read more for a more complete overview of the top cancer treatment alternatives.
HEALING POWER

What does it take to heal your body and eliminate cancer? The best chance you have, of course, is to nourish your body to build defenses against these pathogens. Your success, regardless of treatment choice, depends on your own healing power and the strength of your immune system.
MAINSTREAM TREATMENTS ARE NOT THE ANSWER

Once you are doing everything you can to be healthy, then and only then is it worthwhile to focus on eliminating the cancer itself. This is because so many treatments recommended by the medical industry can weaken your immune system further (e.g. Chemotherapy). Indeed, research is already pretty clear that chemotherapy would make you sick even if you didn’t have cancer.

In addition, radiation therapy creates a huge inflammation load – meaning that it literally cooks your insides and turns your own tissues into a toxic wasteland. Finally, surgery is a brutal assault that adds new dangers to your health, with no certainty that all cancerous cells have been removed.
HOW MANY ALTERNATIVE CANCER TREATMENTS ARE THERE?

Probably thousands. Every culture worldwide has used herbs against cancer. The top single herbs in North America, for example, would have to include bloodroot (Sanguinaria canadensis) and chaparral (Larrea tridentata). The most widely used multi-herb mixtures in modern times have probably been Essiac and the Hoxsey formula.

A tiny fraction of plants that have been studied for anticancer properties have actually made it into modern clinical practice. This just means that very few active herbal ingredients have been discovered to kill tumors like synthetic chemotherapy drugs do. The longest-running use of so-called natural drugs entails isolating vincristine and vinblastine alkaloids from the Madagascar periwinkle (Catharanthus roseus). These highly toxic chemicals are used in treating certain kinds of leukemia, especially in children.

These comments point to the use of herbs historically as well as currently, in both mainstream and alternative medicine. What about other, non-herbal alternatives? This is where cancer treatments really get interesting.
NON-HERBAL CANCER TREATMENTS

Animal natural products, especially of marine organisms, include some of the most toxic natural chemotherapies yet discovered. These are not what I call alternatives, because they are under development to be used as isolated drugs, the same way as the periwinkle alkaloids are used.

Probably the most famous animal product among alternative treatments is shark cartilage. The widespread myth about sharks not getting cancer has often been used to support claims about shark cartilage for treating cancer. Sharks do get cancer. Research does, nevertheless, show that shark cartilage inhibits the growth of vascular tissue that feed tumors, thereby slowing tumor growth.

Other non-herbal cancer treatments would include products from mushrooms. I call them non-herbal because these organisms have not been classified in the plant kingdom since the 1950s. Mushroom products predominantly include various polysaccharide fractions that serve to enhance the immune system. They are commonly derived from maitake, shiitake, or reishi mushrooms.
CHEMICAL MIXTURES AGAINST CANCER

Although chemical mixtures sound scary, the cancer treatment alternatives in this category are nothing like chemotherapy drugs. Each of the following has been used successfully for decades, with little or no side effects when used properly:
Hydrazine sulfate
714X
Antineoplastons
Cesium chloride
Laetrile
Vitamin C (ascorbic acid)
Protocel Mixture

Dozens of protocols have been created by cancer clinicians in several countries. This broad class of cancer treatments typically entails multiple phases, often linked to nutritional support. The best of these have been banished from the U.S., usually reappearing in cancer clinics in Tijuana or Juarez, Mexico.
Five of the most successful of the immune/metabolic therapies are:

The fundamental research by Dr. Royal Raymond Rife is the hallmark of this treatment approach. His research in the 1930s still stands out, and it has come down through the years in the development of the Rife Digital devices. Royal Raymond Rife is one of the greatest scientific geniuses of the 20th century. In 1932 Rife had isolated the cancer virus. He learned how to destroy it in laboratory cultures and went on to cure cancer in animals. In 1934, he opened a clinic which successfully cured 16 of 16 human cases within three months time. Working with some of the most respected researchers in America along with leading doctors from Southern California and using the original “Royal Rife Machine” Rife electronically destroyed the cancer virus in patients, allowing their own immune systems to restore health.

Post clinical trials conducted in 1935, 1936 and 1937 by the head of the U.S.C. Medical Committee verified the results of the Rife experiment. Independent physicians utilizing the equipment successfully treated as many as 40 people per day during these years. In addition to curing cancer and other deadly diseases, degenerative conditions such as cataracts were reversed.

Rife had been able to determine the precise electrical frequency which destroyed individual micro-organisms responsible for cancer, herpes, tuberculosis, and other illnesses. His work was described in Science magazine, medical journals, and later the Smithsonian Institution”s annual report.

The Latest edition The Professional Rife Machine, Version 3 duplicates the electro therapy treatments into a modern hand held package using latest Chip technology and frequency algorithms in an easy to use “Dial Up” frequency programmable device.