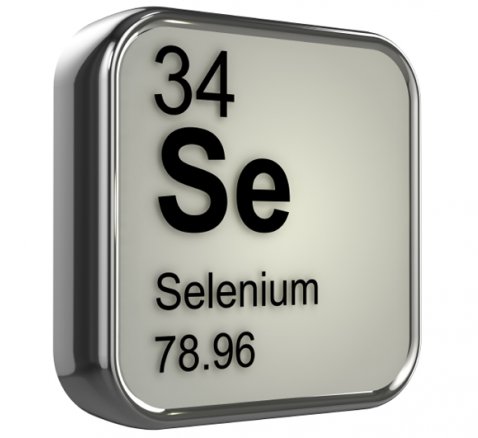 Selenium Selenium is a trace element required for good health. It is incorporated into proteins, forming selenoproteins – significant antioxidants that help prevent the cell damage caused by free radicals, which can lead to cancer. Other selenoproteins are also thought to inhibit tumour growth by enhancing immune cell activity and by suppressing the development of blood vessels to the tumour. Selenoproteins also help to regulate the thyroid. Selenium helps prevent cancer. Selenium inhibits cancer growth in animals. Low soil levels of selenium (probably associated with low dietary intake), have been associated with increased cancer incidence in humans. Blood levels of selenium have been reported to be low in patients with many cancers, including lung cancer. In preliminary reports, people with the lowest blood levels of selenium had between 3.8 and 5.8 times the risk of dying from cancer compared with those who had the highest selenium levels. Larry Clark (A Physician’s Guide To Natural Health Products That Work by James A. Howenstine, MD), presented evidence that supplemental selenium could reduce cancer death rates by as much as 50%. 1,312 patients were given 200 mcg. of selenium daily. The patients receiving selenium had a rise of 67% in their blood selenium level. The patients receiving selenium had a 67% decrease in cancer of the prostate, a 58 percent decrease in colon or rectal cancer and a 45% decrease in lung cancer. This suggests that possibly up to 100,000 lives a year might be saved in the USA by the simple addition of selenium to the diet. Selenium is needed by important immune system cells known as T cells. Selenium helps the T cells produce cytokines, which are used as messengers between and inside the cells. Adequate selenium may be needed to increase resistance to HIV infection. Selenium is also needed by white blood cells to fight microorganisms. Low dietary intakes of selenium may make people more vulnerable to Keshan disease. Keshan disease can cause heart problems. Taking 200 micrograms of selenium daily for about seven years reduced the occurrence of all cancers in a group of 1,300 older people by 42 percent and cancer deaths by nearly 50 percent compared with those on a sugar pill or placebo. Selenium had the greatest impact on prostate cancer, slashing occurrence by 69 percent. Selenium also decreased rates of colorectal cancer 64 percent and lung cancer 39 percent. Although selenium is an essential trace element, it is toxic if taken in excess. Exceeding the Tolerable Upper Intake Level of 400 micrograms per day can lead to selenosis. This 400 microgram Tolerable Upper Intake Level is primarily based on a 1986 study of five Chinese patients who exhibited overt signs of selenosis and a follow up study on the same five people in 1992. Complement Selenium Supplements with a The Professional Rife Machine, Version 3 Machine.