The Treatment of Cancer with Phenergan 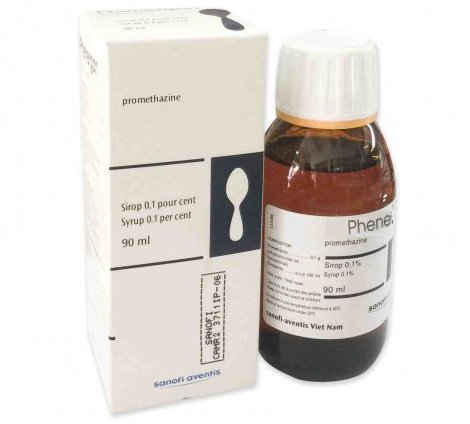 The successful treatment of cancer requires the total elimination of malignant cells in the body. The aim of the therapy on offer is to procure necrosis by disrupting energy metabolism in both primary and secondary (metastatic) growths. In marked contrast with conventional treatments, the procedure is highly selective; both side effects and associated risks are negligible. Patients are asked to be realistic; it is impossible to provide any guarantee of the desired outcome. Careful adherence to the advice provided is necessary.

Certain drugs acting on the central nervous system possess the additional property of causing injury to tumours by interfering with energy production. Some belong to the large group of drugs known as phenothiazines, many of which have been in use for half a century. Their diverse uses include the treatment of schizophrenia, nausea and pain. The active drug in this form of cancer treatment is the phenothiazine Phenergan (promethazine), currently used as an anti-histamine, as a paediatric sedative, and to quell travel sickness. Introduced in 1947, its effects on the central nervous system are much less marked than those of most other phenothiazines. In most countries Phenergan can be freely purchased in the form of l0mg and 25mg tablets; other phenothiazines are available only on prescription. Formulations in which the drug is provided in conjunction with other drugs are not recommended.

This novel and unconventional therapy has several unusual features. First, a new chemotherapeutic target is selected within the cancer cell. The majority of anticancer drugs currently in use are supposed to react with DNA located mostly in the nuclei. In marked contrast phenothiazines active against cancer trigger a cytotoxic mechanism within the cancer cell itself. The production of chemical energy in its power-houses (mitochondria) is disrupted initially by intensifying their natural state of partial disablement, and then by destroying them.

Second, in order to produce its anti-cancer action Phenergan has to be taken according to a specific schedule. The maintenance of continuous destructive pressure against malignant growths constitutes an essential feature of the treatment.

Third, the treatment is the result of a long investigation standing fully in the tradition of applied medical research. Despite the impressive weight of supportive scientific evidence (see below) and in spite of several requests, no cancer charity or pharmaceutical firm has agreed to conduct any kind of clinical trial. Patent cover for Phenergan has long run out. In consequence the costs of treatment are too modest to attract commercial interest.

The treatment is in four parts:

1. First, the white cells of the blood need to be protected against rare side-effects (blood dyscrasias) by taking certain micro-nutrients. A multi-vitamin/mineral preparation is necessary containing the recommended dietary allowance (RDA) of copper (2.5mg), manganese (4mg), zinc (l5mg) and selenium (50mcg, or 0.05mg). Minor deviations from these amounts, which should be taken daily, are unimportant. Vitamin supplements in excess of RDA values, especially vitamins C (RDA 60mg) and E (RDA 8-l0mg), should be avoided as far as possible.

2. Second, a quantity of polyunsaturated fatty acids (the so-called omega-3 fatty acids) of fish origin is needed. Flax oil may also be taken. Patients should aim at a minimum of a gram daily; more is advisable, but the intake can be cut back if bowel looseness is experienced.

3. Third, the purpose of the polyunsaturated fatty acid supplement is to allow cancerous cells to synthesise substances that bring about their self-destruction. To encourage the process still further, patients are recommended to take between 1 and 2 grams each of inositol and choline daily. These are naturally-occurring substances normally available from health stores. Some authorities recommend inositol hexaphosphate (1P6), which contains only 23% inositol and may form insoluble precipitates with calcium within the bowel. It may also be more expensive than inositol itself.

4. Fourth, treatment is initiated by taking Phenergan as a 50mg dose one evening at retiring. It is necessary to continue eight hours later on the following day with 25mg. Phenergan must be taken every eight hours until an adequate period of time has elapsed after the last traces of disease have disappeared. At present that period is arbitrarily put at six months, but should be extended if any doubt exists over the elimination of disease. The duration of treatment is further discussed below.

If possible patients should begin to take nutritional supplements, especially polyunsaturated fatty acids, several days before starting with Phenergan, and should continue during therapy. Success depends on maintaining continuous pharmacological pressure against the cancer throughout the entire period of treatment.

A general improvement in terms of improved sleep, normal appetite and general well­being should be perceptible at least by the end of the first week. In time pain can be expected to dissipate. A record of body weight should be kept. The advice on offer is gentle and humane; for those with experience of the fiercer forms of chemotherapy and radiotherapy the difference will come as a pleasant surprise.

Precautions: It is necessary to give up alcohol completely. Exposure to ultraviolet light and sunlight, especially sunbathing, are to be avoided as far as possible. A leaflet is provided with the Phenergan packet; the advice given should be read and, apart from discontinuation, carefully adhered to. The group of drugs known as monoamine oxidase inhibitors must not be taken in conjunction with Phenergan.
Complement any herbal cancer treatment with a The Professional Rife Machine, Version 2 Machine.