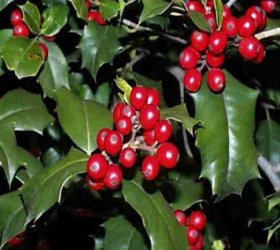 Mistletoe was first proposed for the treatment of cancer in 1920 by Rudolph Steiner, an Austrian Swiss physician who founded the Society for Cancer Research to promote mistletoe extracts and anthroposophical medicine.

Mistletoe preparations are used to stimulate the immune system, to kill cancer cells, and to help reduce tumor size. It may also help improve the quality of life and survival of some cancer patients, especially those using chemo and radiation, and may help reduce pain and side effects of these treatments. In addition, a German study done by Dr. Ronald Grossarth-Maticek of the Institute for Preventive Medicine in Heidelberg shows that, when used as adjunctive treatment in patients with a variety of cancers, it can increase survival time by as much as 40%.

A typical treatment Mistletoe course can last several months to years. The doses are gradually increased and adjusted depending on the patient”s general condition, sex, age, and type of cancer. Mistletoe is typically given by subcutaneous injection, but it sometimes is injected directly into the tumor particularly on the liver, esophagus and cervix. It may also be taken orally in tumors of the brain and spinal cord.

Of the several species of mistletoe, only Viscum album, the white-berried European mistletoe, is used therapeutically. Mistletoe”s anti-cancer properties are believed to arise from its toxic constituents, viscotoxins and lectins. Because of its toxicity, mistletoe extract needs to be prepared by carefully controlled processes. Extracts are administered either orally or by subcutaneous injection. Because of the negative indications and potential side effects, it is wise to seek professional medical advice before using any mistletoe extract. It is also worth bearing in mind that mistletoe belongs to the ivy family, to which some people are allergic. European mistletoe extracts are sold under brand names such as Iscador, Isorel, Vysorel, and Helixor.